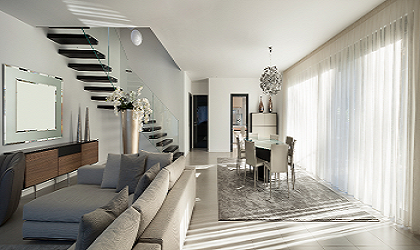 In the town's roughly 1-square-mile/2.6-square-kilometer core, you'll find more than 20 professional theatres putting on memorable performances in L.A.'s very own version of "off-Broadway," with creative stagings and original works the norm. Here, aspiring actors gain experience, while seasoned pros (Seinfeld's Jason Alexander has performed here) sometimes show up to take a turn on the boards. What's especially great about NoHo—and unusual for the region—is that it's walkable, low-key, and unhurried. Stroll the main drag to visit vintage boutiques and mingle with local artists and actors at outdoor cafes. Or after a play, walk to dinner at such restaurants as The Federal Bar, a gastropub housed in a 1920s-era bank.

As for the shows, check out what's playing on one of the three stages at the 1926 El Portal Theater. Or catch performances presented by the acclaimed Road Theatre Company, which stages plays at two venues, including the Art Deco Lankershim Arts Center, a renovated 1939 utilities building. Inside the center, there's a bonus—airy Gallery 800, displaying paintings and other works by leading Hollywood production designers and art directors.

The real estate listing information is provided by California Regional MLS, Inc. and/or CARETS® for the consumer’s personal, non-commercial use and may not be used for any purpose other than to identify prospective properties consumer may be interested in purchasing or leasing. Any information relating to a property referenced on this web site comes from the Internet Data Exchange (IDX) program of the California Regional MLS, Inc. and/or CARETS®. This web site may reference real estate listing(s) held by a brokerage firm other than the broker and/or agent who owns the web site. Information is deemed reliable but not guaranteed, and consumer is responsible for verifying the accuracy of all information. Copyright © California Regional MLS, Inc. and/or CARETS®. All Rights Reserved.

Thank you for contacting us, we'll get back to you shortly.

Sorry, we are unable to send your message at the moment. Please try again later.